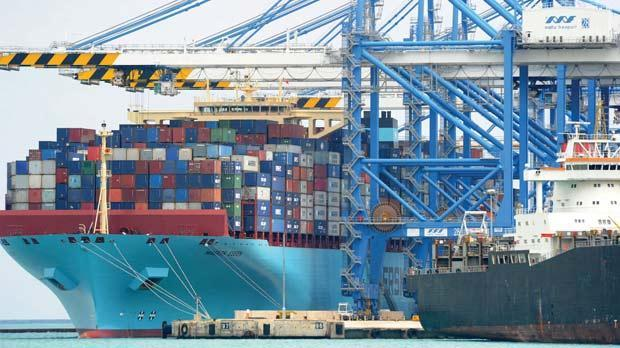 Malta Freeport has been ordered to pay two workers just over €111,000 between them after a court ruled that they were injured while unloading a container because of the lack of a safe work process.

Emmanuel Borg and Emmanuel Dingli filed their writ for damages in the First Hall of the Civil Court against Malta Freeport Terminals Ltd and against Freeport employees Joseph Gauci and Gordon Grech.

The men were injured when they were unlashing merchandise that was being carried by a gantry crane in 2009. The crane was operated by Mr Gauci while Mr Grech was supposed to have been directing Mr Gauci.

According to the two men, the gantry crane operator could not see them as he was some ten storeys above the level of the quay. However there was no radio operator to direct the crane operation from ground level.

The accident happened when the crane lifted before the container had been fully unlashed. As a result, the container slipped and hit the two men as they leapt to get out of the way. Both were injured.

Mr Justice Farrugia Sacco noted that an internal report by the Freeport had concluded that the accident had occurred as a result of unsafe work practices.The Freeport was therefore solely responsible for the damages the two men had suffered.

Lawyers Robert Abela and Albert Zerafa appeared for the workers.